What: Logo and package design for a dog product company. 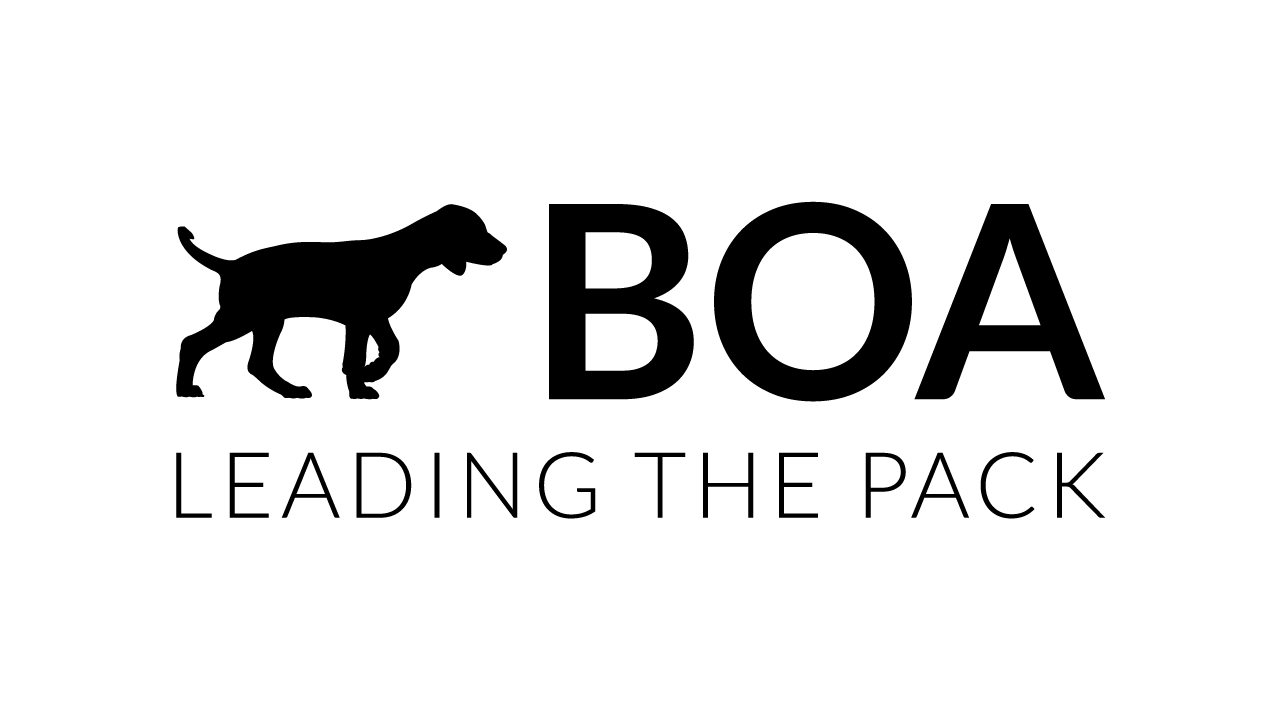 Project Brief: Giovanni needed a logo for a dog product company that he was developing, and a package design for his first product that he was working on, a hands-free dog leash that attaches to a belt.

Research: A meeting with the client was set up to gather information about his vision for the company, the target market, and the first leash product itself. The name Boa comes from his dog, BalBoa, and also because their flagship leash is retractable and winds like a snake. The client had many design requests, such as a silhouette, a simple and modern look, gender neutral, and embody strength. There was also the request of a cog/gear to be incorporated because the leash has internal gears, but later that idea was discarded because it is too specific to one product and would not relate to many future products.

The 3-D model seen below was created by their team, and was referred to in the creation of the packaging for the product. 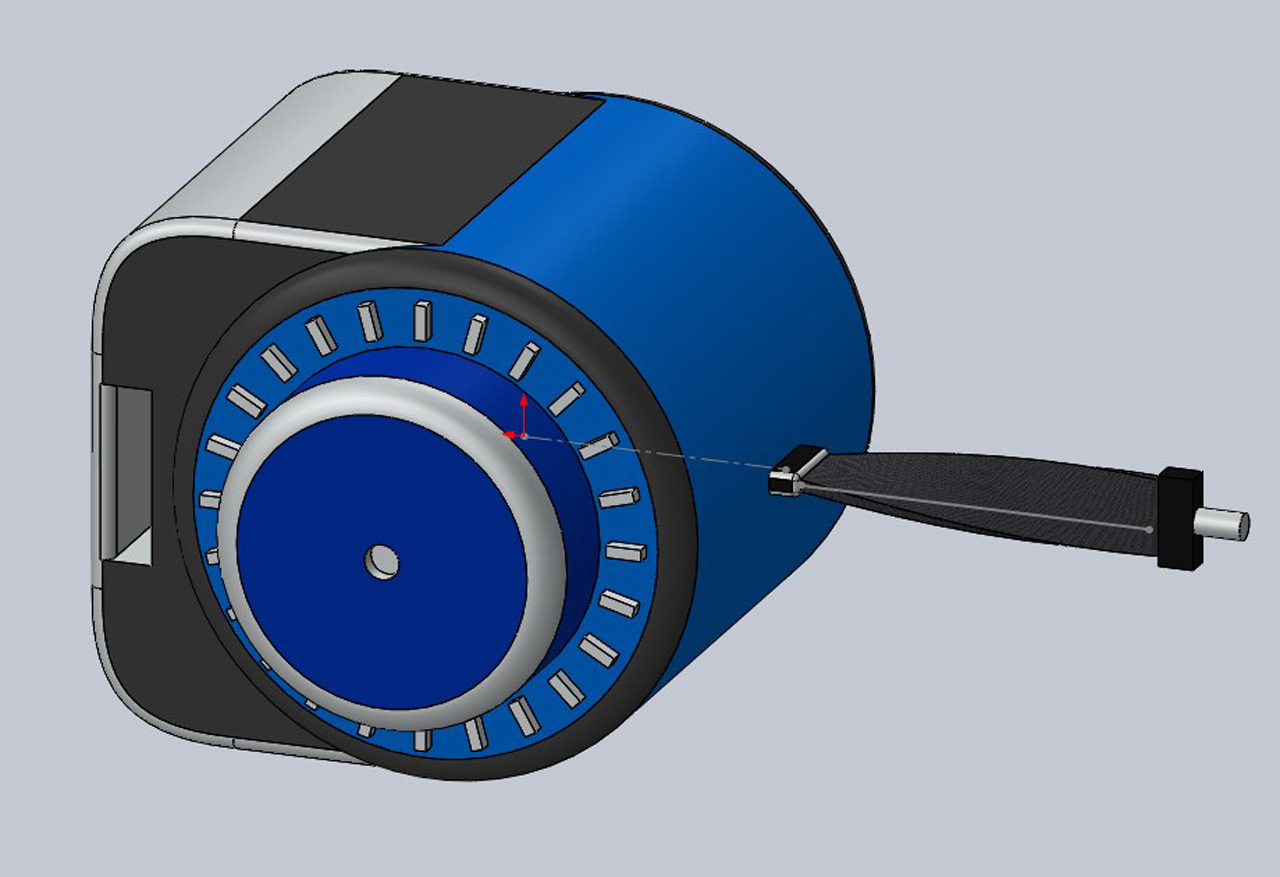 Strategy: Sketches were made to rough out general directions. 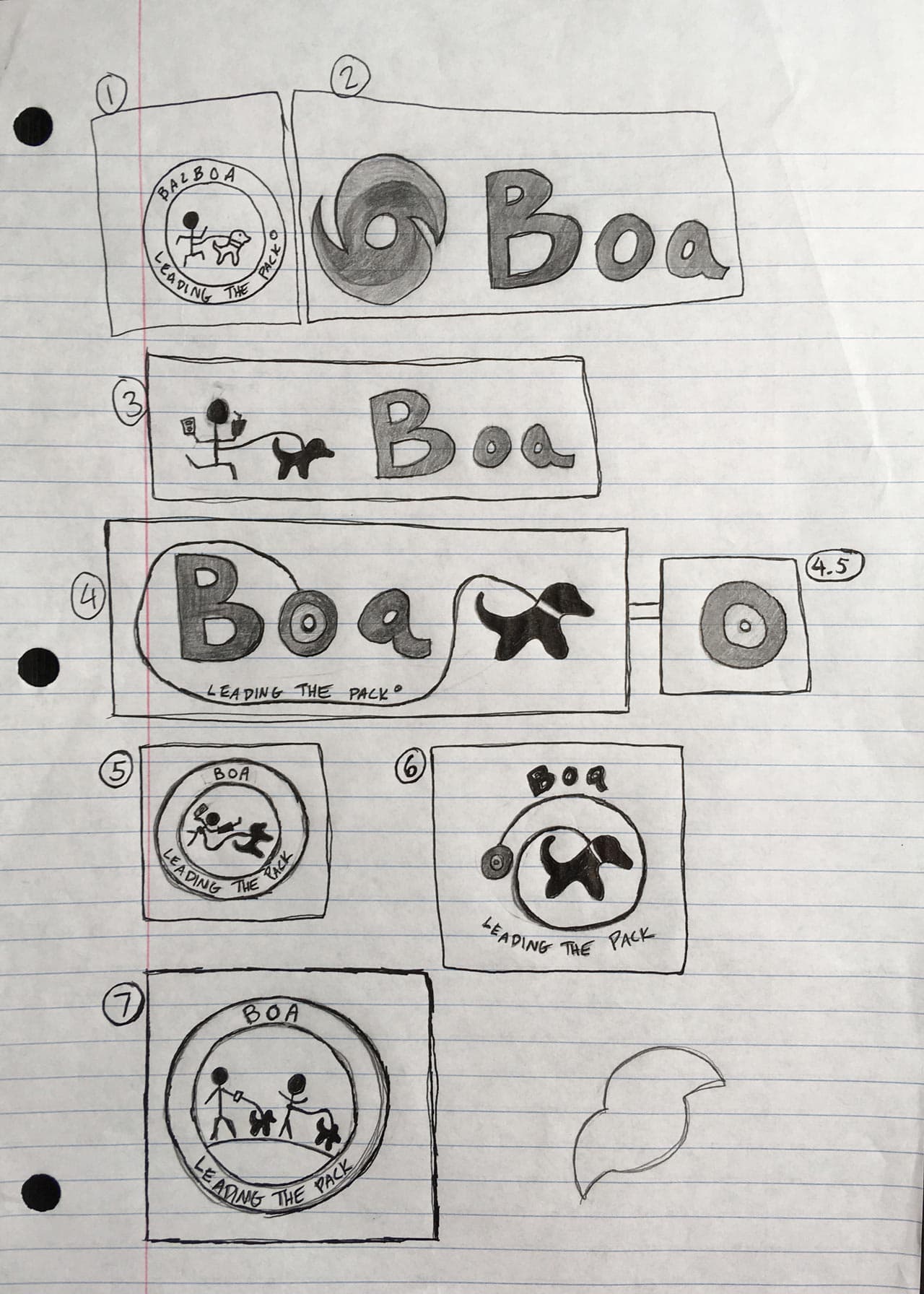 Some sketches for the Boa logo

Rough Directions: Based on the rough sketches, some logo directions were mocked up in vector editing software. A dog was used as a primary element to quickly portray to the viewer that the company makes products specifically for dogs.

One of the directions with the “gear” element

Self-contained gear-style logo with silhouettes of woman and her hands-free leash in front of the man. This one was far too masculine to be considered gender-neutral, and it’s a little bit too detailed if it was to be printed small.

Lowercase letters with italicized tagline. The all capitals were ultimately used because they appear more commanding and authoritative.

A different dog silhouette. This dog was ultimately not used because the neutral stance and tail leading between legs makes this dog look more like a follower than “leading the pack”

Experimentation with having the leash and the “o” be the same element.

This idea of the name coming out from the leash was also mentioned by the team, but later decided against because it hinders the company by causing them problems in being perceived as more than a dog leash brand.

A few color schemes were tried out, but it was decided that an achromatic scheme fit the “simplicity” the team was looking for especially in the context of the dog silhouette. The black logo can be placed over any outdoor scenery, such as sky or grass.

Version with the dog to the right of the text. The idea was that the dog should be in front because dogs walk in front of people and their leash, however, it makes it look like “BOA” is following the dog instead of leading it, so it is not ideal. 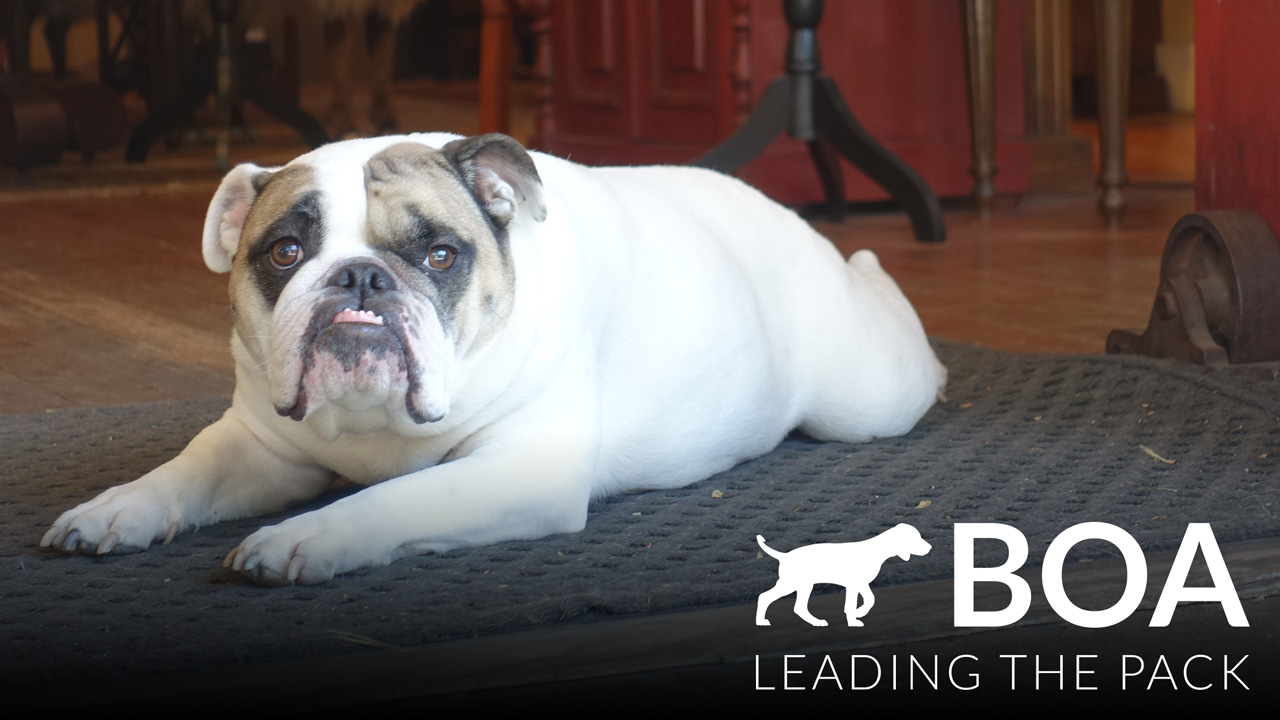 I outlined the leash 3-D model given to me by team to come up with this package design. A simple product outline with the name of the product below. This design can be used as a template for any new products for package line consistency. 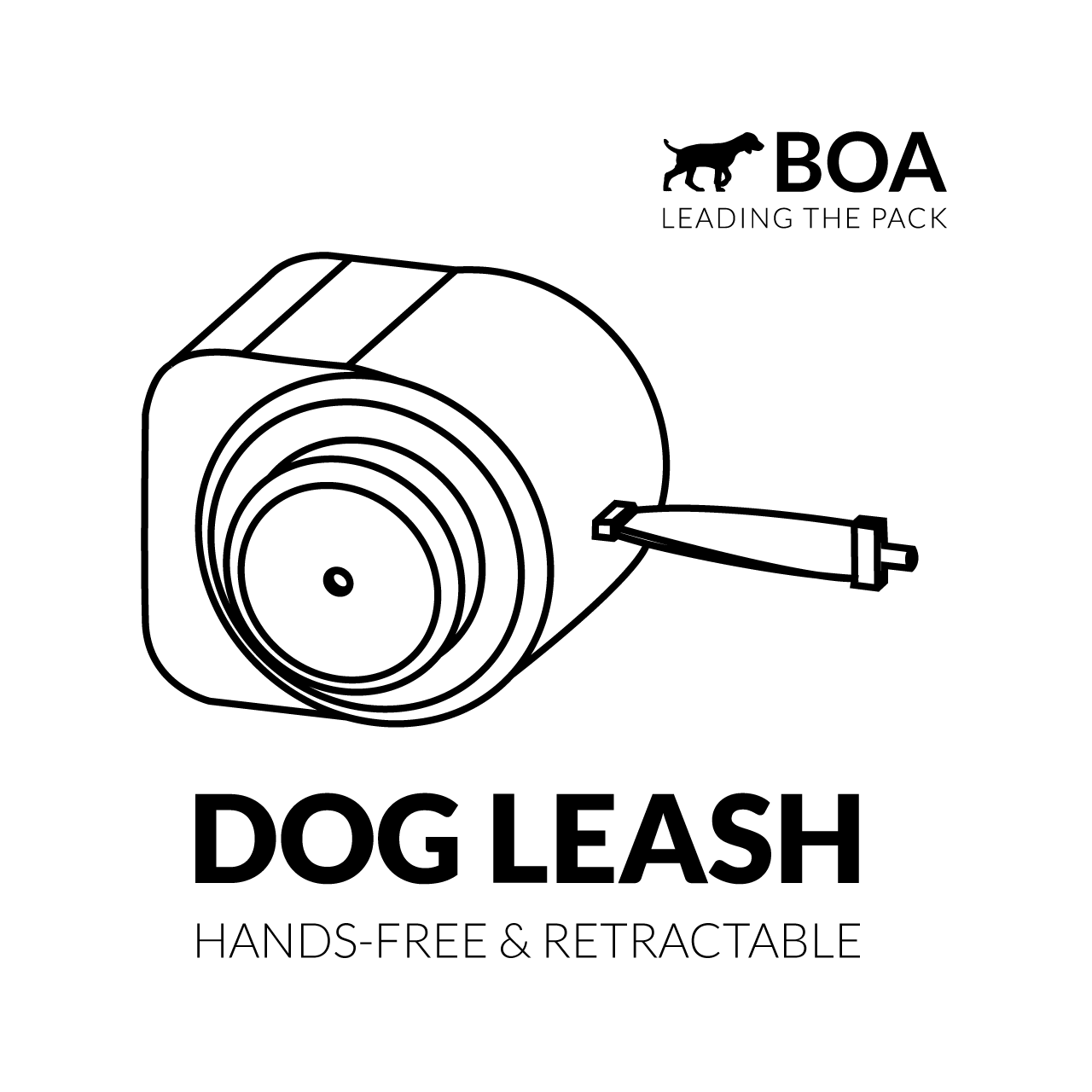 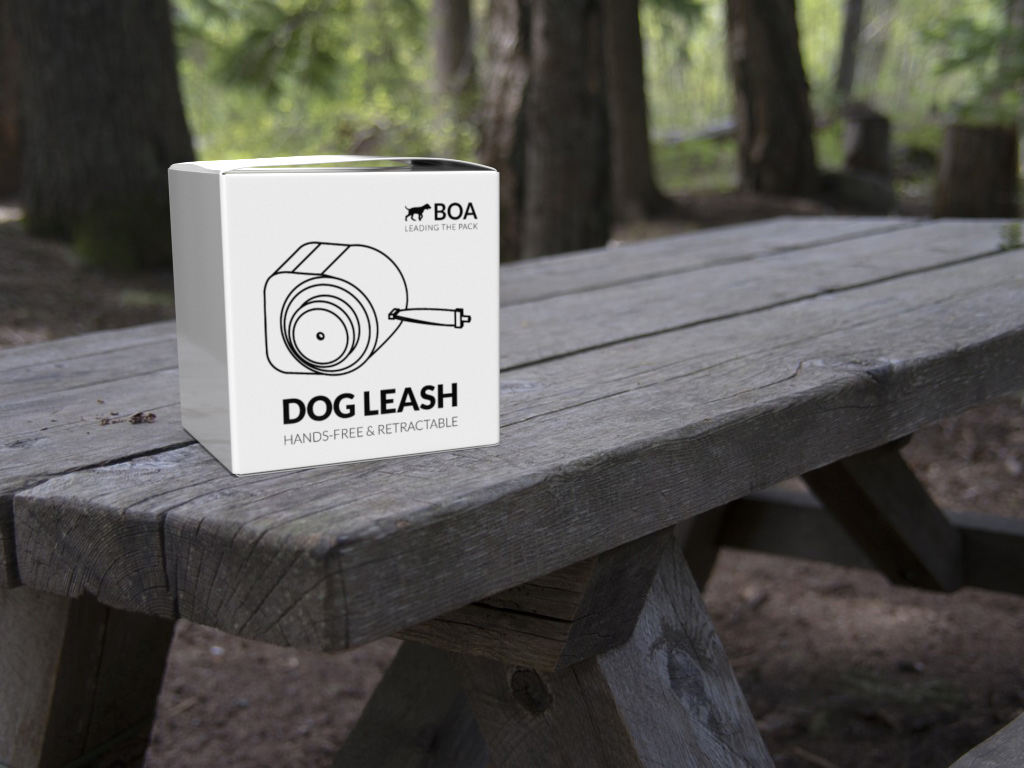 A render of what the finished box could look like. Quickly understandable packaging.